as the Pennsylvania Emergency Health Services Council (PEHSC)  EMT Practitioner of the Year for 2015.  "John has been employed with CTEMS since October of 2011 and has proven to be a tremendous asset, stated Chief Jeff Kelly".  Deputy Chief Ted Fessides added that "John has proven himself time and time again here at CTEMS, both on and off the trucks".  John along with his EMT duties is an Assistant Training Officer with CTEMS and has also been named by his peers as the 2013 and 2014 EMT of the Year for CTEMS.  He will be formally recognized on Saturday November 21st in conjunction with the PA Fire and Emergency Service Institute dinner at the Radisson Harrisburg-Hershey Hotel. 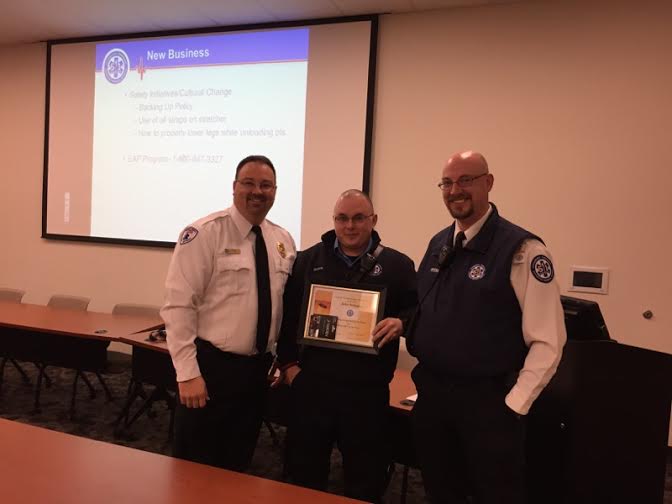